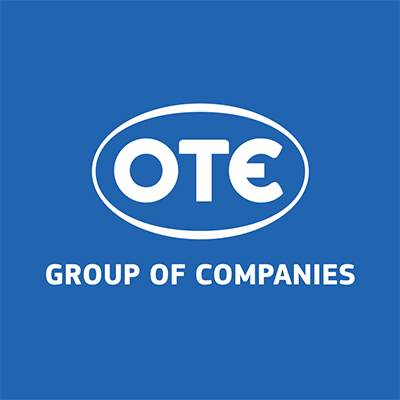 OTE Group is the largest technology company in Greece. It is one of the top three listed companies with respect to capitalization, in the Athens Stock Exchange and is also listed in the London Stock Exchange. Deutsche Telekom holds 45% of OTE’s share capital and the Greek State holds 5%. OTE Group employs approximately 13,000 people in Greece and approximately 20,000 people in total.
OTE Group offers the full range of telecommunications services: from fixed-line and mobile telephony, broadband services, to pay television and integrated ICT solutions. In addition to its core telecommunications activities, the Group in Greece is also involved in maritime communications, real-estate and professional training. Abroad, the Group operates in the telecommunications market of Romania, where it offers fixed-line and mobile communications, as well as television services. COSMOTE is the unified commercial brand for all the products and services of the Group and its key message is “a better world, for all”. Its mission is to bring technological capabilities to all, so that everyone can live and enjoy at the fullest all possibilities offered now, while also building on them for a better tomorrow.

OTE Group invests heavily in New Generation Networks, creating infrastructure which will boost the Greek economy and create growth potential. It is the largest investor in new technologies and infrastructure in Greece, having invested over €2 bn over the past six years. OTE Group implements a €2 bn. investment plan until 2022, to offer even higher speeds and wider coverage in fixed and mobile telephony.
Thanks to these investments, COSMOTE Fiber is the largest fiber optic network in Greece, with a route length of 43,000 km. By the end of 2018, the number of households and businesses with access to very high Internet speeds of up to 200Mbps exceeded 3 million. In 2018 OTE Group brought the unlimited capabilities of fiber optics at home, by launching its Fiber to the Home (FTTH) network in selected areas. OTE Group’s goal is for FTTH coverage to reach gradually 1 million by 2022.
In mobile telephony too, OTE Group breaks new ground by constantly developing its networks. It is by far the No1 in Greece in terms of population coverage, with its 4G and 4G+ LTE Advanced technology network, reaching 98% and 95% respectively. At the same time, the Group is intensively preparing for the next generation of wireless communication, the 5G. From 2015, it has contributed to the design and development of new 5G technologies, infrastructure and services, with its dynamic participation in European research projects, while COSMOTE has implemented the first trial network of 5G in the Municipality of Zografou, in Attica, achieving live speeds above 12Gbps, 60 times higher than today's 4G speeds.

OTE Group exploits the power of technology in order to create a better world for all. Sustainable growth is an integral part of the Group's business strategy and the sustainable growth principles are integrated into its operation, through which it contributes to the economy, the society and the environment.
In 2018, Group’s social contribution amounted to approximately €4 mil. The focus of its activities was the development of digital skills for people of all ages, as well as meeting society’s core needs by supporting vulnerable social groups, children, education, entrepreneurship, local communities, culture and sports.

OTE Group at a glance 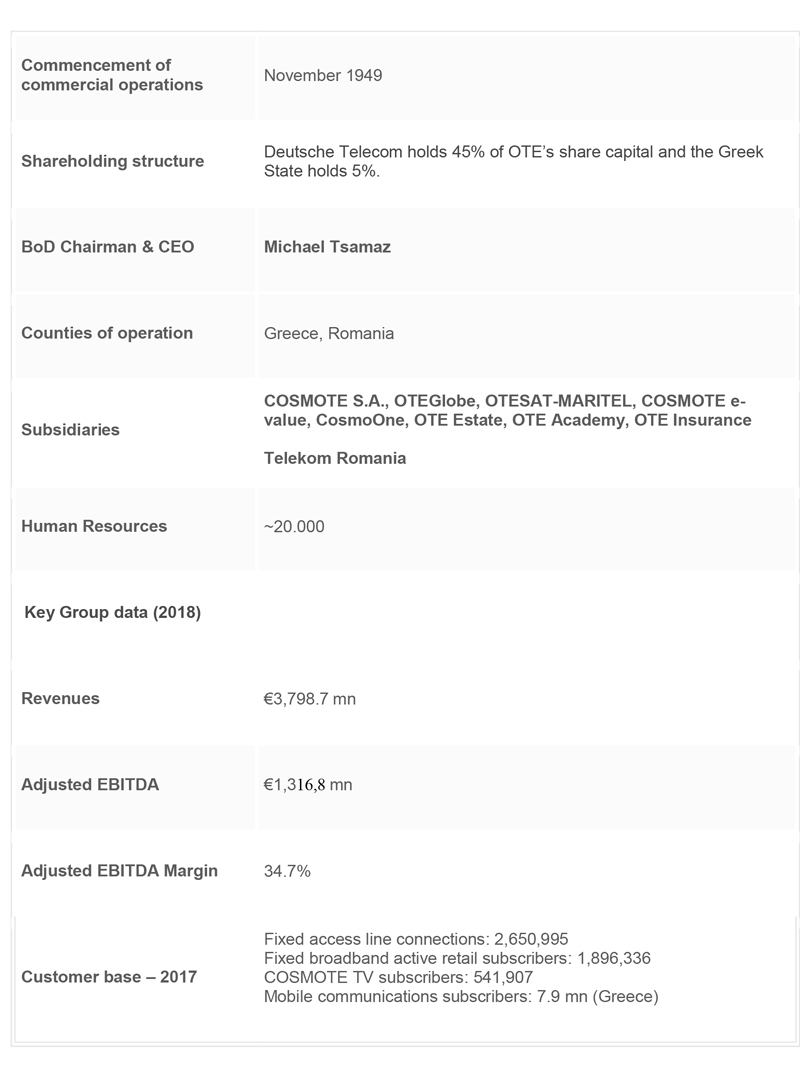 Registration
We use cookies to ensure that we give you the best experience on our website. If you continue to use this site we will assume that you are happy with it.Ok